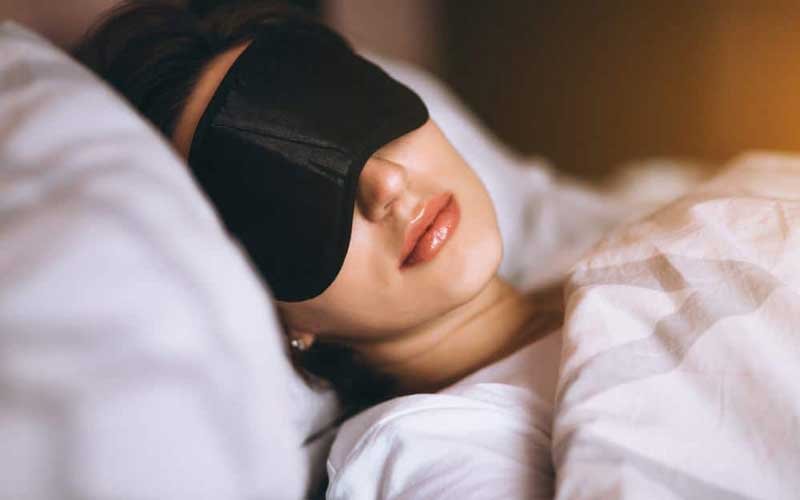 What happens when you sleep?

Your body goes through a series of changes when you sleep that allows the rest to be vital to your health. Better physical and mental performance is promoted by sleep, as the brain and body slow down and engage in recovery processes.

When you don’t sleep, these fundamental processes are short-circuited and affect thinking, concentration, energy levels and even your mood. If you’re an adult, the recommended sleep cycle for you will be between seven to nine hours and a little more for children and teens.

The complexity of sleep and its importance for our well-being is demonstrated by what happens when you sleep, including how different stages of your rest unfold each night.

What are the stages of sleep?

An internal ‘body clock’ regulates your sleep cycle, which controls when you feel sleepy and when you’re ready for bed. The set clock operates on a 24-hour cycle, also known as the circadian rhythm, which can be affected by light.

Melatonin will be released by your body in the evening when natural light is no longer present. In comparison, the body releases cortisol when the sun rises in the morning to promote energy and alertness. Thus, our bodies follow a four-stage sleep cycle once we fall asleep. The four stages are the following:

Light sleep is the first stage that marks the transition between wakefulness and slumber. That’s when your muscles relax, and your heart rate, breathing, and eye movements begin to slow down. Your brain waves also go down as your begin to rest. This first stage usually lasts several minutes.

The second NREM sleep stage is characterized by deeper sleep as your heart rate and breathing rates slow down, and your muscles become less tense. Eye movements will stop, and your body temperature will decrease. Brain waves remain slow despite some brief moments of electrical activity. Typically the second stage is the longest of the four.

The third stage plays an essential role in making you feel refreshed and alert the next morning. The muscles are as relaxed as they will be, and all activity reaches its lowest levels. The stage will be longer at the beginning and decrease as the night progresses.

The first REM (rapid eye movement sleep) stage occurs about 90 minutes after you fall asleep. The name implies that your eyes will move quickly under your eyelid. As a result, blood pressure, heart rate, and breathing will start to increase. It is believed that REM sleep will cause your arms and legs to become paralyzed in order to prevent you from acting out on your dream.

The four stages will be repeated throughout the night until you wake up. The average duration of each cycle is 90 to 120 minutes. Most of the time, NREM sleep makes up 75% to 80% of each cycle. You may wake up briefly during the night but not remember it at all.

What happens when you sleep to your body and brain?

Most parts of the body experience changes during sleep. After falling asleep, thousands of neurons in the brain send signals to other parts of the body. Research shows that sleep helps regulate metabolism and strengthen the cardiovascular and immune systems. In addition, notable changes in core bodily processes can be seen during slumber. They are the following:

Your breathing slows during the third non-REM sleep stage, with respiration reaching its lowest rates. During REM sleep, breathing can get irregular, but of course, that can happen when you’re awake as well. However, your breathing will slow down and have a more regular pattern when you fall asleep deeply.

As with breathing, heart rate slows during Stage 1 and reaches its lowest point during Stage 3. During the REM stage, your pulse might quicken almost to the same rate as when you’re awake. Deep, non-REM sleep lowers both your pulse and blood pressure, giving your heart and blood vessels a chance to rest and recover for the following day.

During non-REM sleep, the muscles relax, and the body uses less energy. Most muscles are paralyzed during the REM stage, and this is known as atonia. This prevents your legs and arms from flailing. However, respiratory and eye muscles stay active, even behind closed eyelids, thus the inspiration for the name rapid eye movement sleep.

Your body temperature drops a couple of degrees as you get drowsy before bed, and it’s at its lowest about 2 hours before you wake up the next morning. Your brain will turn off your body temperature during REM sleep. That is when the temperature in your bedroom affects you more and can disrupt your rest. Generally speaking, the cooler room, the better you sleep.

Sleep and the body’s internal clock play an essential role in regulating hormones. These hormones include melatonin, which helps promote sleep. Also, the growth hormone that supports bone and muscle development as well as your metabolism. You can’t forget about cortisol and its role in the body’s stress response system. And finally, leptin and ghrelin, which help control appetite and can prevent overeating or promote it.

Why is sleep important?

If you have ever felt foggy after a poor night of sleep, it will come as no surprise that sleep has a significant effect on your brain function. A healthy amount of sleep is needed for the brain to be able to adapt to input. If we don’t sleep enough, we won’t be able to process what we’ve learned during the day, and we’ll have more difficulty remembering it in the future.

Researchers think that sleep may promote the removal of waste products from brain cells, which is something that seems to occur less efficiently when the brain is awake. Sleep is also crucial to your body’s rest. People who don’t get enough sleep have an increased risk for health problems. If you’re struggling with depression, seizures, high blood pressure and migraines, they can get worse due to the lack of quality sleep. Also, your decreased immunity increases the likelihood of illness and disease.

Overall, sleep can have a negative impact on both your mind and body, which is why you should try to stick to a consistent sleep schedule and have good sleep hygiene.

To conclude our guide on ‘What happens when you sleep,’ we want to say that rest is essential for functioning well and keeping us healthy. Sleep is what lets your body and brain repair, restore, and reenergize at night.

A good night’s sleep is essential to your overall health, and if you think you might be someone that’s consistently having trouble sleeping without a particular reason, you should contact an expert. Never underestimate sleep and its power!